SOME HISTORY OF THE 2021 TUCSON SHOWS

The TGMS "Main Show"  canceled for 2021. A major factor was the club's desire to protect their many older volunteers. Good Idea! But too bad for all of us who love seeing the exhibits. Also, many foreign dealers are unable to attend. Other major shows in Tucson that canceled early include Westward Look, AGTA, La Conquistador and GJX, all due to the loss of foreign dealers. But they are scheduled to return in 2022.

Dealers in the Mineral City district (including the Sun Gem building) were allowed to open individual rooms because the buildings are technically warehouses. They  followed health guidelines and some opened only by appointment. There was no official Mineral City Show in January-February, because it moved officially to April.  Among those  who opened  were Graeber & Himes, Geokrazy, IC Minerals, Focal Crystal, Collectors Edge, Kristalle, Stonetrust, Iteco, Crystal Classics, Ausrox, Mountain Minerals International, Lehigh Minerals, The Sunnywood Collection, Shannons' Minerals, Greatful Earth Minerals, XTL-Dennis Beals and PuTzu.

We  opened early  in Mineral City Building C room 27 and had steady business. It is the same room as last year and is best entered from Plata street. Our unit has its own off-street parking lot and there is even more convenient on-street parking.  Graeber & Himes shared the oversized room with IC Minerals and Geokrazy. For  safety we limited the number of shoppers at any time, required face masks and hand sanitizer and provided gloves.

There were fewer shoppers in Tucson and we will limit the number of people in our rooms, and we offered the additional option of reserving a time for private shopping in our room.

We offered discounted minerals at our Mineral City room in separate room across the hall for our Just Minerals wholesale inventory.   Our Keystone room replaces our usual Just Minerals Event which was rescheduled for April.

Over all the sales results for dealers in Tucson in January and February were good. Most shoppers were dealers looking for inventory to 'feed' their busy internet shops. There were few 'lookers' but many buyers. This was a repeat of the earlier show in Denver in September. Many dealers actually did better that in 2020's Tucson, probably due to the reduce number of shopping venues.

​We thought our lives had stabilized and our future was known when I wrote the reports shown below. The there was a pandemic and while the end of that is in sight, we hope, Tucson continues to change.

Major English dealer Ian Bruce is in the process of renovating the Tucson Chamber of Commerce's former building at the corner of Granada and St. Marys and by the Inn Suites also Known as The Hotel Tucson City Center. He plans for it to become the world headquarters of Crystal Classics his very serious mineral dealership. He has named it The Tucson Fine Mineral Gallery (TFMG) and it will have regular hours year round. Of course, it will be the site of a show each February and special events throughout the year. Wow! 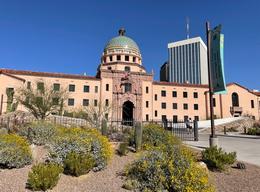 ​You probably know Heritage Auctions as a major source of fine minerals at their Natural History Auctions in Dallas. They also publish very useful internet magazine named The Intelligent Collector. It covers all manner of collectables and has good advice for collectors in general. The current issue has an article security for your collection. I recommend it to you. Check it out at
https://intelligentcollector.com/safeguarding-your-collection/.  You might even want to subscribe. 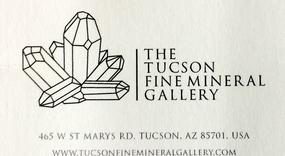 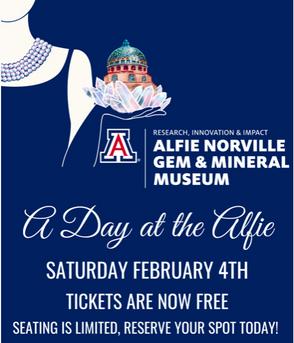 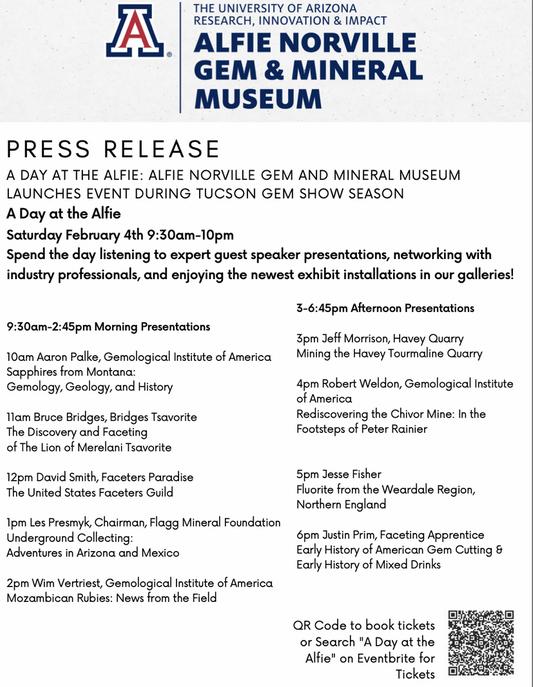 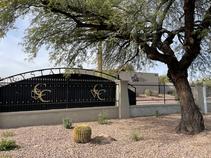 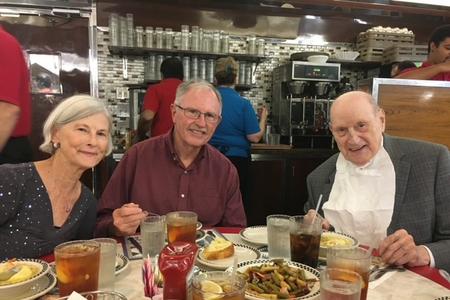 Registration is required. Use this link:  https://www.eventbrite.com/e/a-day-at-the-alfie-tickets-382283158217?utm-campaign=social&utm-content=attendeeshare&utm-medium=discovery&utm-term=listing&utm-source=cp&aff=escb

Something else to make a trip to Tucson worthwhile.

Besides the shows in Tucson and great attractions like the Arizona Sonora Desert Museum, Aircraft Museum, and Performing Art Center, Tucson is now the home of a world-class mineral museum. There has long been (and still is) a fine collection on the campus of the University of Arizona as part of the Geology Department, but as of this year, the all new Alfie Norville University of Arizona Mineral Museum is open. The Museum is housed in the most beautiful building in downtown Tucson. It was formerly the County Courthouse, but has been completely remodeled inside to become a museum and a separate Environmental Center. The Museum has became a full Department of the University and has secure funding for the future (but will still appreciate your financial support). The museum is now complete and offering daily visits.

The Alfie, as it is known for short, has a Free special event scheduled during the 2023 Tucson Showcase.

If you have made it this far, I'm impressed. I hope you find the blog  interesting.

The Chamber of Commerce in Tucson commissioned an economic survey of the 2019 Tucson Gem, Mineral & Fossil Showcase Expenditures.

Here are some of the findings.

Fully 99% of Buyers purchased one or more items on-site at the shows, most often Gems/Jewelry and/or Rocks/Minerals/Fossils. Among international Buyers, two-thirds report cumulative on-site purchases in excess of $10,000.

My comment: Notice that none of this actually includes sales of specimens, although that is reflected in sales tax collections, but only partly since wholesale purchases must exceed retail and are not taxed.

If attendee purchases average $10,000 (real easy to do) that gets to $50 million immediately, and that only counts official vendors, not all of the 'tailgaters who also do huge amounts of business. So Tucson is big business, my guess is at least half a billion dollars. No wonder the show is so much appreciated.

This page features Show Reports, Travel Notes, and other Items of Interest as they strike my fancy.

Pictured above are Linda and Leonard with Lou D'Alonso, three years ago at one of Lou's favorite New Jersey diners. Lou passed away in July 2022 at age 99. If you are not a regular at shows in the northeast, you may not have known of him. Maybe as an introduction, let me refer to him as the Jack Halpern of the east! That is to say, a true gentleman, who was easily recognized at shows in coat and hat and smiling. Lou collected choice worldwide mineral specimens and particularly specimens from the northeast. He especially loved micromounting. His micromount collection is to be distributed to his micromounting friends, over 9000 mounts! Even more important than collecting, though, Lou loved teaching young people about minerals and was a regular presenter schools in his area. He will be dearly missed.

By the way, Jack Halpern is still enjoying his collection at age 102 and still every bit a gentleman! 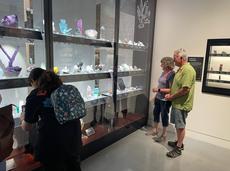